Muesums, Shopping, and The 39 Steps

Oh, The Things You Can See!

What an eventful day this has been! The morning began with an early rise in order to get to class on time. Class here is held in various museums across the city so each day of class we get to see a new museum. For a historical and cultural nut like myself this is just perfect! This morning we boarded the Tube and took it to the Leicester Square Underground Station. From there we walked to Trafalgar Square which holds the National Gallery.

Our class was spent observing various Renaissance and Gothic paintings in the National Gallery. It was such a great morning because I got to see so many beautiful paintings that I never excepted I would see. To all of the art lovers out there, it made my day to see Jan Van Eyck’s Arnolfini Portrait! It is such an astounding painting to see in person and it made my entire day.

After my wonderful morning in the National Gallery, I returned to Kensington for lunch at the university cafeteria. Lunch was then followed by a trip to High Street  to search for some boots to keep my feet dry. Just so everyone knows, it really is foggy and rainy in London all the time. My poor Sperrys have been wet from the constant rain and I felt it was time to give them a break. Sadly I searched and searched for a pair of boots to fit my little feet but alas this was not accomplished. The style of shoes here in London is very similar to the shoes that the Spice Girls wore in the 90s: platform booties. I’d rather just wear wet shoes for the next two weeks than wear platform shoes, I just can’t bring myself to do it.

A long afternoon of unsuccessful shopping had me in a down mood but it soon cured after I walked into Café Deco! We went to find some sandwiches for dinner and I thought I would order what, in the midwest, is known as a Foggy London (Earl Grey tea made with milk and vanilla). To give some background, every single attempt that I have made to find a good Foggy London has been a complete disaster; I sure have had many a bad drink since I’ve been here. I was wary at first of ordering it but I thought I might as well try and huzzah I am so glad I did! The nice man did not know what it was but he was sure happy to make it for me and it was incredibly delicious! Let’s just say I will be going back there tomorrow for my morning tea. 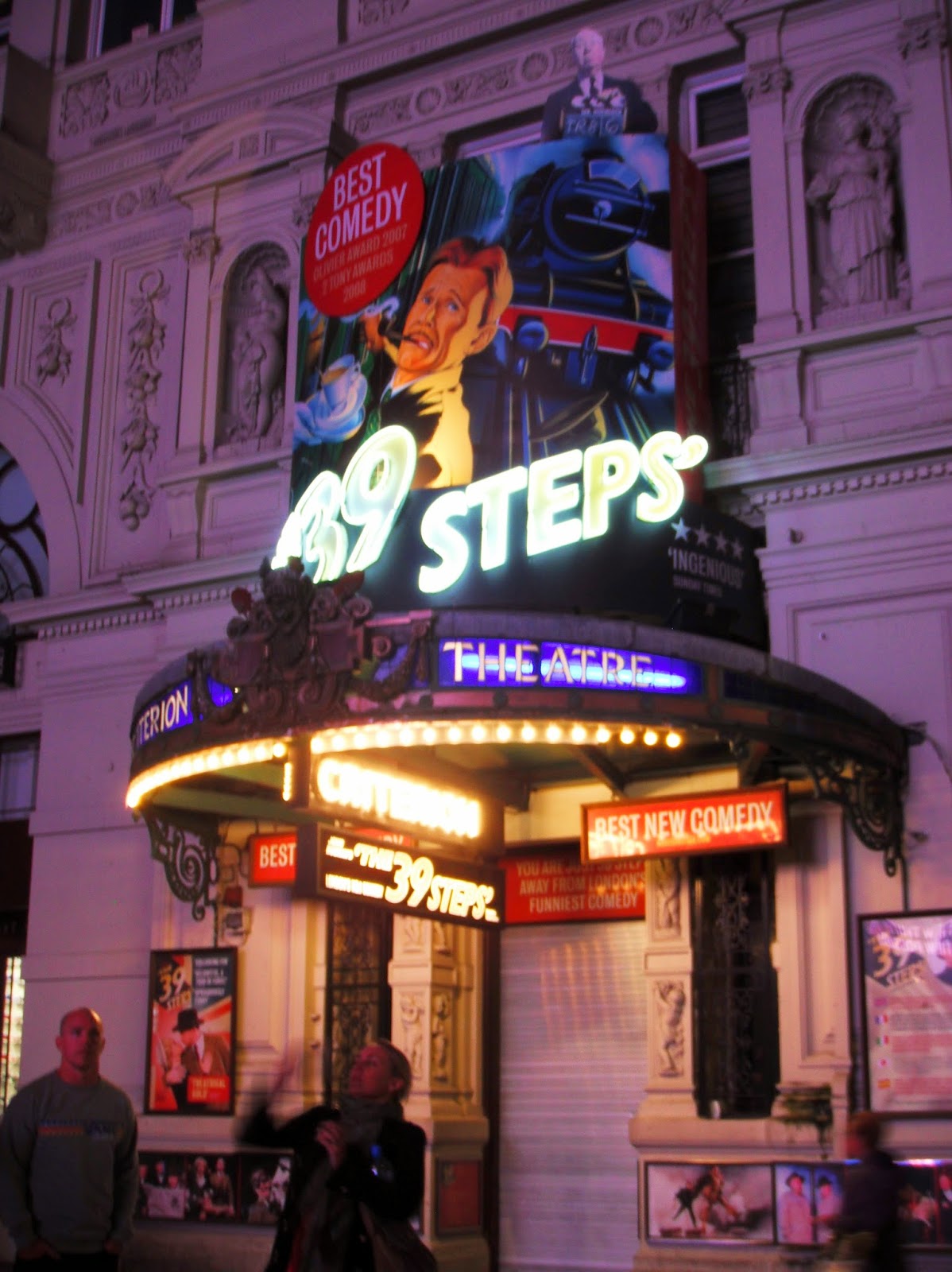 Later in the evening we attended the play 39 Steps in downtown London. I honestly had no idea what this play was even about but I was pleasantly surprised! It was a murder mystery comedy and the entire cast was four people. Each of these four people played multiple roles and switched rapidly between them which made it really funny. Overall I really enjoyed the play and was very happy that I went.
Facebook Comments
artlondonmuseumstheater
0 comment
0
FacebookTwitterPinterestEmail

12 Unique Languages You Can Study Abroad

Just a Hop, Skip and a Jump Across the Pond