3 Places to Visit if You Study Abroad in Budapest

Now that I’ve been in Budapest for a little over a month, I’ve had the opportunity to explore the country a little more. Hungary can definitely be characterized as a country that is still frozen in time and moving at its own pace, which is part of what makes it such a nice and relaxing place to explore.

Here are three places in Hungary that you should definitely visit if you study abroad in Budapest. An adorable town north of Budapest directly on the Danube River, Szentendre is known for its art, culture, and brightly-colored buildings. We took a day trip as an AIFS group and had the opportunity to really get a feel for the town and those who live here. I found the locals to be significantly more outgoing than what I’ve encountered in a typical Hungarian. I met one lady who told me all about her little store and how she models all of her handmade products after things that her grandmother used to use when she was growing up. The blue type of pattern that she uses is also the type of cloth that is commonly found in the northern villages of the Lake Balaton region of Hungary.

Located in western Hungary, this has been one of the prime vacation spots for Hungarians for hundreds of years. We did a 2-day trip here as an AIFS excursion. The first day was spent biking 15 miles through the Hungarian countryside. We also climbed various hills and stopped at the occasional winery. This region is particularly famous for their white wines! We also came across the ruin of a 10th century church that was first created when the Hungarians came to the region and were introduced to Christianity. Shortly after, we came to “the wash-house of Kővágóörs,” a 19th-century building fed by a natural spring where the people of the village would come to wash their clothes in the fresh water. It’s crazy that you can find 100-year-old — and even thousand-year-old — ruins just casually sprinkled across Hungary, especially involving no tourist trap or gift shop; just the original place in its untouched, somewhat emaciated state. The second day involved more time by the lake and more time on the tops of mountains. Lake Balaton is 147 miles long and the most impressive and beautiful lake that I’ve ever seen. Motor boats are banned from the lake, making it incredibly peaceful and a popular place for the sail boat enthusiast.

Finally, the last, and probably my favorite, part of visiting the Lake Balaton region was hiking in the hills and getting to see a thousand-year-old monastery carved right into the rock of one of them, producing caves that were previously inhabited by monks. Walking into these rock spaces and staring out of the stone windows was like stepping straight back in time. 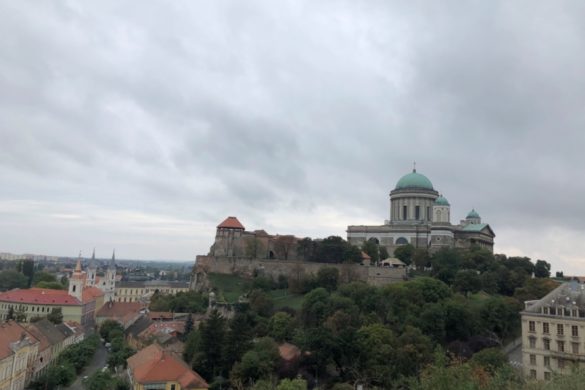 Located northwest of Budapest, this small town isn’t a super popular tourist destination, but it made for a nice weekend getaway. It lies right on the Danube, which separates Esztergom from the Slovakian city of Štúrovo, which is directly across the river. Esztergom is most famous for the Esztergom Basilica, which is the largest in Hungary and houses a famous Virgin Mary altarpiece. This piece is the largest painting in the world painted on a single piece of canvas. 10 Things I’ve Noticed as An American Living in London

Whenever they were, even though be unengaged to be open and honest with both parents.
Brand new behaviour is going to also replace old
behaviour should be planned out! This reduces your anxiety to a brilliant extent.