Making a Case for Traveling by Train in Europe

In light of having a not-so-great experience at an overcrowded airport, I thought it’d be best to explain my thoughts on the different modes of transportation in Europe, specifically, planes and trains. I’ve sat on numerous long plane and train rides nearly every weekend since moving my life from the coast of sunny Southern California to Cannes on the French Riviera. Now considering myself an aged, avid traveler, I hope future travelers will take this advice in account: trains are a much better form of transportation than planes. While this may not be true for some locations in the States, it is definitely true if you are traveling throughout Europe.

Trains are relatively cheaper, depending on the destination, and the struggles of airports are happily avoided. Many would disagree and say that trains are much slower and thus, you get to your destination later. However, they forget that airport trips also include the time getting to and from the airport, stripping down to go through security, and then sitting and waiting hours to board. 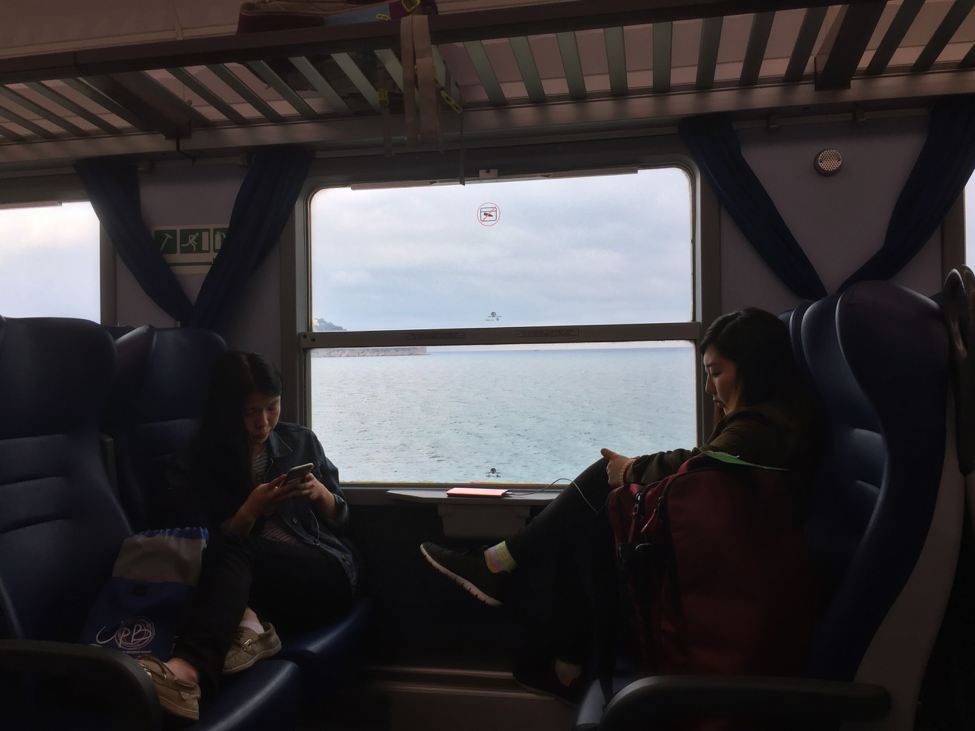 When you go to a train station, it’s usually people who are trying to get to work or to visit their loved ones, instead of the giant hordes of travelers at airports who have no idea where they are supposed to be.

I hope I’m not just bashing on airports and their destructive system, but who actually enjoys flying? People who enjoy flying are just people who haven’t experienced the glory that are trains. Taking the train through countrysides and between huge-city-destinations gives you a new perspective of said-country, said-way of life. On trains, there are giant windows that can be shared by multiple people. On planes, not everyone gets a window seat, and if you do, you either have the sun blaring onto your skin or complete darkness. OR, the airline clerk reassigns your seat for you to sit by the emergency door, thinking he’s doing you a favor to have more legroom, but you end up sitting next to a large man with long legs and no window whatsoever – but that’s beside the point. The point is, on a train, everybody gets a window seat. The window is like a movie screen and travelers are simply watching a really long movie. This makes the journey feel much faster. You know the feeling when you get done watching a good movie and realize it’s much later than you thought it was going to be? The movie was long, but so good, time was flying in that theater seat. That is the feeling of taking a train to travel. Since my first discovery of the convenient trains along the Mediterranean Sea, I’ve been hooked. It’s so easy just to go one city over to participate in exciting festivals, try new foods, see new sights, and try new activities. Once the European train doors open, a world of new possibilities and emotions opens as well.

This post was contributed by Caitlin Chan, who is studying abroad with AIFS in Cannes, France. Five things I have learned since studying abroad in Florence

What I learned from getting sick while studying abroad in London